All dls kits Sporting Kansas City for Dream League Soccer, and the package includes complete with home kits, away and third. All Goalkeeper kits are also included

The Dream League Soccer Sporting Kansas City Kits and the team’s other branding graphics would be very helpful while you are trying to customize your gameplay. 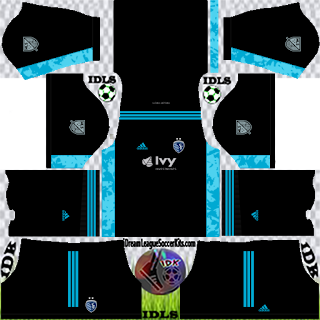 You notice that the official team logo is used on the image of the kit for branding. The Logo for Sporting Kansas City is in PNG format and you can use it on the custom design in the game. We do not own the logo rights, just display here for team branding.

How to add Dls kits in game?

New users and players are facing some kind of error at some point when they are trying to import the kits into the game. So, for that reason, we have this amazing step-by-step guide for your which contains all the required steps. Follow the instructions carefully and I am sure that you can easily import them into the game!

Some Information about the Sporting Kansas City

Sporting KC began play in 1996 as a charter team in the league, then known as the Kansas City Wiz. The team was founded by Lamar Hunt in 1995. Since moving across the state line, they have been the only major professional sports league franchise to play their home games in Kansas.

The club also has a reserve team, Sporting Kansas City II, that plays in the second-tier USL Championship.